“Grace to you and peace from God our Father and the Lord Jesus Christ” (Philemon 3).

Speaking of animations, Andre Nelson reported yesterday that we have had 6,000 views of one of our animations this month via Facebook, though YouTube only shows total views in the low hundreds.

We had been using CreateSpace for many years to print much of our literature. 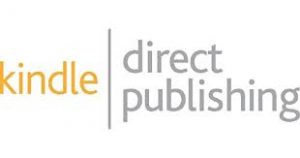 Anyway, this merging has caused us some problems in getting literature orders processed.

However, we were able to get past a minor issue with Kindle Direct Publishing as at first it sent us emails saying a literature order we made for Ethiopia did not go through, then after we inquired, it said that it sent us two wrong emails and that the order did go through. It also would not allow us to order our books in the Spanish language at first, but now does, so we sent many books to group in Tabasco, Mexico. The literature we had sent earlier to Canada, before the merging, made it there after the merging.

Now there still are some concerns about how Kindle Direct Publishing will handle our African, Serbian, and Asian language materials. Technically those languages are on “hold” and “are unsupported” by Kindle Direct Publishing. Well, I telephoned them and Kindle says that we will be able to handle them as we have in the past, but basically cannot update them. So, that should work for us.

Ended up with a last minute radio interview on the NutriMedical Report on Thursday, October 18th starting at 2:06 pm PDT on the Deagle-Network. We discussed prophecy, the Eurasian Economic Union, Armageddon, and why the Bible shows that the Beast is European.

I am scheduled to be on again at 1:06 pm PDT on October 30th. The expected subject will be why Christians should not celebrate Halloween.

Speaking of Halloween, I did not do a new sermon on that subject this year.

Also, for those interested in looking at written information, here is a link the article: Is Halloween Holy Time for Christians? and here is a link to our free online book: Should You Keep God’s Holy Days or Demonic Holidays?

Google reported that our campaign with them had 1,939,724 computer impressions last month. That is up from the previous month.

Some may wonder why we have not reported about the Google campaign the past several months.

Well, the reason is that, until this week, Google stopped sending monthly reports.

Why Google stopped sending monthly reports and why it suddenly resumed doing so was not explained to us.

Anyway, we have continued the campaign with Google–and never stopped it.

The CCOG and COGwriter websites may be down for hours today as our host server is doing some type of update and maintenance. So, should you experience this, realize that they should come back up when the server company is done with their updates.

We were able to mail out some of the quarterly donation receipts to USA donors who have given us mailing addresses. There was a mail problem, so the rest should go out in a few days.

Since the accounting computer goes by the date entered, and September 14th was the last date in the office before our family flew to Europe for part of the Fall Holy Days, the receipts only reflect donations received this year, as of September 14th.

The next time we expect to send statements will be in January 2019 for the calendar year of 2018.

Jesus spoke of famines and pestilences (Matthew 24:8). It was reported that the USA is working on infecting insects that can cause both (see DARPA to weaponize insects to spread viruses across the population… sinister plans exposed by team of scientists). This world truly needs the Kingdom of God to come.

Yesterday it was reported that some deranged person(s) sent terrorist packages to some USA Democrats as well as the news company CNN (see Terrorizing packages mailed to Clintons, Obamas, CNN NY offices, & George Soros). Furthermore, two more suspected bombs were found in New York City and Delaware this morning (see Bombs and dividing the USA). And risk of repeat, this world truly needs the Kingdom of God to come.

As far as personal health goes, a new study has concluded that eating more organically grown foods seems to reduce the risk of getting cancer (see Eating organic foods appears to reduce risk of developing cancer). Of course, the Bible teaches “eat what is good” (Isaiah 55;12) and eating chemicals used as pesticides, herbicides, fungicides, etc. would not to be optimal (though they are not totally unavoidable for most people)–so trying to eat more foods not processed with them would seem to be best.

The UK’s departure from the European Union and monetary problems of the EU have been in the news (see Brexit, ‘ECB Is Worst-Run Central Bank In The World,’ & Prophecy). A financial crisis of some type, perhaps similar to one that the last Herbert W. Armstrong mentioned in a sermon on July 7, 1984, is likely to be a factor to bring Europe together to support the dictatorial Beast (Revelation 17:12).

Speaking of financial matters, Russia, China, the EU, and others continue to look at ways to bypass US dollar dominance in international trade (see Russia, Iran, Europe, and others looking at SWIFT end of USA dominance). While some analysts believe that the USA has too much dominance for such things to matter, the reality is that, in time, as more nations develop ways to bypass the USA dollar, it will one day be so bypassed that it will not be used.

Last Thursday, we mentioned that there was a rift developing between the Eastern and Russian Orthodox churches. On Friday, the Russian Orthodox met with the Vatican (see Schism: Russian Orthodox meet with Vatican regarding Constantinople). Our recommended sermonette for this Sabbath is related to these matters: Orthodox Schisms: What Will Happen?

8 This is a faithful saying, and these things I want you to affirm constantly, that those who have believed in God should be careful to maintain good works. These things are good and profitable to men.

9 But avoid foolish disputes, genealogies, contentions, and strivings about the law; for they are unprofitable and useless. 10 Reject a divisive man after the first and second admonition, 11 knowing that such a person is warped and sinning, being self-condemned. (Titus 3:8-11)

Brethren, we need to focus on the right things.

In this Laodicean age, most Christians have the wrong focus. And many who profess Christ are holding to unprofitable and useless positions that they have convinced themselves are more important than supporting the Philadelphian work of Matthew 24:14 and 28:19-20 at this time.

Do not be among those who have allowed improper contentions to “take their crown” (Revelation 3:11).