We have been busy trying to catch up will a mound of paperwork and accounting issues since we were gone from just before the Day of Atonement to a couple of days after the Feast of Tabernacles.

But we also have been working on some future literature as well.

We have received additional reports from some of our Feast of Tabernacles sites.

Here is a report from Canada:

Dear Mr Thiel here is a picture of the Montréal Group at the Feast there where not many of us but we had very much Healthy Spiritual food,Which help us understand the ways of GOD THE FATHERS WAYS OF LIFE ,AND ALSO MANY VERY GOOD MOMENTS OF FELLOWSHIP BETWEEN US AL WHICH WHERE ENRICHING SPIRITUALY FOR THE GROWTH OF THE BODY

IN THE CHRIST, FROM LEFT TO RIGHT HERB HADDON AND WIFE GISÈLE ,RICHARD CLOSE ,JOANNE DESJARDIN ,GILBERT AUDET.= MONTRÉAL FEAST,HOPE EVERYONE HAD A VERY SPIRITUAL FEAST AND GROWTH OF THE KNOWLEDGE. LOVE TO ALL IN THE CHRIST JESUS. AMEN. 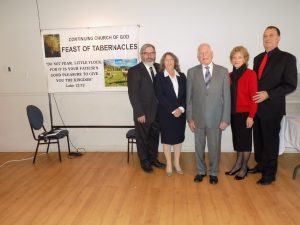 We also received a report from Elder David Cheruiyot from the Rift Valley of Kenya:

Christian greetings from Kenya.
Rift-Valley region, Nakuru Njoro.
Brethren were happy during the Feast of Tabernacles. We received many women and youth from different areas of Nakuru especially Molo.
Many brothers and sister from those areas joined us in Njoro and we welcomed them warmly, Pastor Charles and Pastor Rono.
Thanks in advance.
Regards,

Attached are some photos from that day.

(For consistancies sake, we have only included one of the photos Elder David Cheruiyot sent.)

We also received the following photograph from Pastor Sawek from another part of the Rift Valley of Kenya: 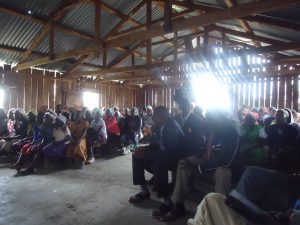 Here is a report related to Malawi:

Much greetings in the mighty name of our lord and Savior Jesus Christ hoping that you and other brethren all over the world had a wonderful  FESTIVE FEAST OF TABERNACLE.
I would like to inform you that we had a wonderful feast too. We had brethren from both Mozambique and our representative from Zambia brother Gonacomoto who seriously in need of baptism together with 8 members from Malawi and 12 brethren from Mozambique after I had covered with them the topic on Baptism. We had also a new group who was represented by two brothers from the Northern side of Mozambique. the total number was 175.
May the Almighty God strengthen you and give you more energy together with your team to  continuing help open the spiritual blindness to come to the light and the unfolding truth and the plan the salvation of the creator to all mankind.
Warm regards,
Mr. Otieno Grantone

Radson Mulozowa sent the following photograph from the Feast site in Malawi: 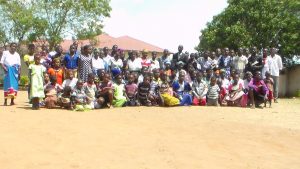 Radson Mulozowa told Evangelist Ochieng that he has ordered Bibles in the Chichewa language for the members there, but they have not arrived yet.

Here is a report from Bomet, Kenya:

Members and non-members attended in large numbers. That is about 200 of them present

You have been giving us your support since 2015 up to now 2018, through the help and the commitment efforts of Pastor Evans Ochieng and my God bless and add you and your family a lot.

Here is a link to a two minute video that was sent by Erick Koech of Bomet:

We uploaded that video to our CCOGAfrica channel.

Having communicated with Richard Close, Steve Dupuie, and others, we have concluded that we do not need to have a separate festival site in Wichita, Kansas in 2019 as those who attended in 2018 have stated that they could attend a site further away in 2019.

Instead of having Steve Dupuie and Richard Close alternate being there and somewhere else, it currently is our intent to have Steve Dupuie go to the Philippines for the Feast of Tabernacles in 2019. We have never sent anyone over to the Philippines–though we intended to (but health, schedule, and other issues prevented this in the past).

So, by not having the Wichita site in 2019, we believe that Steve Dupuie should be able to visit the Philippines.

In 2019, it is my intent that our family will attend two festival sites again. One in the USA and one in Canada–but neither site has been finalized. Herb Haddon has a couple of ideas for sites in Canada, so we are not sure which yet. I am looking at 4-5 possible ideas for the location of next year’s USA site.

We will let you know once we have been able to make our decisions (which in the case of the USA will likely be several months as we will not submit proposal requests until after the first of January as many hotels will not quote something as far out as the next calendar year).

More and more nations are looking at ways to bypass USA sanctions and the USA dollar (see China, Russia, Venezuela, and EU taking steps against US dollar dominance). This will not end well for the USA (cf. Habakkuk 2:6-8).

While the USA, Canada, and other lands have been increasingly accepting/legalizing the use of marijuana, a study just came out concluding that marijuana is worse for the brains of teenagers than alcohol (see Canadian study finds: ‘Marijuana caused more damage to teens’ brains than alcohol’). The long-claimed argument that some have made about there being little or no difference between alcohol consumption and smoking marijuana is again found to be false. I will also add that although I do have a beer from time to time, I personally have never been drunk. It certainly is possible to be a light drinker and never be drunk–and drunkenness is condemned by scripture (e.g. 1 Corinthians 6:9-11), but I do not believe it is possible to smoke a marijuana cigarette and not get intoxicated. Plus, the intentional ingestion of smoke into the lungs through tobacco or marijuana is not healthy.

We have seen earthquakes and severe storms in the past week or so (see ‘ “A Once In A Lifetime Event”: Michael … Strongest Hurricane To Hit US In 14 Years’ and then there is Indonesia). The Associated Press reported today that Hurricane Michael was, “The third-most powerful hurricane to hit the U.S. mainland in recorded history ” I have prayed for the group in Mexico and scattered members in the USA because of risks from Hurricane Michael and the group in Haiti because of the earthquake there. While I am not aware of any believers affected by the earthquake and tsunami in Indonesia, I have prayed for those affected there as well. Expect more severe weather matters.

Brexit remains in the news, with some seemingly hopeful for a deal (see ‘Brexit: Jean-Claude Juncker says chance of deal has increased’), while others point out that the EU is fine with pain that many feel will hit the UK because of it (see ‘This is why the E.U. is being so tough about Brexit’). The time will come when Europe will turn against, and takeover, the UK (cf. Daniel 8:24-25)–and for that matter, the USA (Daniel 11:39). Brexit, and US President Donald Trump’s support of it, will be remembered by the Europeans.

The Church of Rome, however, continues to push its interfaith and political agendas. Over four years ago, Pope Francis publicly indicated interest in visiting North Korea. And now that the Vatican has agreed to a compromise arrangement related to the government of China being involved in the approval/selection of its bishops, the head of North Korea has reportedly invited Pope Francis to visit him (see ‘North Korea’s Kim Jong-un invites Pope Francis to Pyongyang’). The Bible tells of the church of seven hills being highly intertwined with worldly governments (Revelation 17:1-9) and we are seeing the Church of Rome trying to do more of that. Though it should be added that the Bible shows that political involvement will NOT end well for that church (Revelation 17:15-18).

In 2019, the Feast of Tabernacles, including the Last Great Day, runs from sunset 13 October through sunset 21 October.

The Feast of Tabernacles is a pilgrimage festival (cf. Psalm 42:4; see also Christians are to Be Strangers and Pilgrims?), which means we normally are to travel to attend it (cf. Deuteronomy 14:23).

This is financed by what is commonly called second tithe or festival tithe (see also Is Second Tithe and Third Tithe Still Valid Today?).

Here is some information on it from scripture:

Since the Feast of Tabernacles helps picture the coming millennial Kingdom of God, God wants us to attend, not only to hear messages, but to have a foretaste of a part of the wealth that will be extant during the millennium.

If you have not already done so, you should start collecting second tithe so that you and your family will be able to attend in 2019.