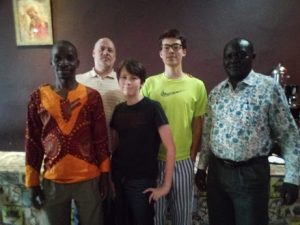 After getting one or more COVID-19 tests, CCOG evangelist Evans Ochieng was able to fly to Malawi yesterday. He is intending to start the trip meeting with deacon Radson Mulozowa. Mainly because of COVID-related restrictions, this is the first trip he has been able to make there since the trip with the Nelsons last February. There are many issues he needs to try to address in Malawi (and hopefully also Mozambique) while there.

Please pray for a successful trip and that God’s will to be done there.

Joyce, David, and I expect to be in Southern California later this month. We would expect to have Sabbath services starting around 2:00 pm on November 21, 2020.

The precise location has not yet been finalized.

If you might be interested in attending, simply drop me an email. That email address remains: COGwriter@aol.com

While much of the world is focused on what has been happening related to the USA election, there have been issues in Ethiopia (see https://www.usnews.com/news/world/articles/2020-11-10/ethiopia-pm-not-rebuffing-international-calls-for-calm-amid-conflict-says-spokeswoman). 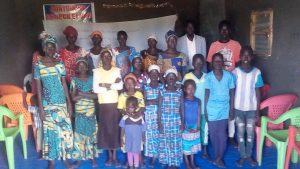 CCOG brethren keeping the Feast of Tabernacles in Ethiopia

A very great hearts feared about political ruling competition is now happen in all regions of the country but only one region (Tigray) is strongly targeted.

Now, war is already happen as it was started last week as to bring a more distraction in this poor country.

So if the world leaders is not to see or to stop this conflict very soon, I am now to believed that, it will cause worse situation in the country especially economic and more losses of human lives.

So, let we pray for Jesus’s kingdom be soon to come. A men.
Koang Deng.

While Ethiopia, like other lands, needs the Kingdom to come, pray also that the brethren “may lead a quiet and peaceable life in all godliness and reverence” (1 Timothy 2:2).

Controversies over the election are still going on in the USA (see Giuliani: 650,000 Votes Were Counted Unlawfully In Philadelphia And Pittsburgh’). Christians should pray that God’s will is to be done (Matthew 6:10).

For perhaps all the days so far in November, the USA has reported over 1,000,000 “confirmed cases” of COVID-19 per day, with cases increasing also in Europe. The German press asked how to prevent a similar future pandemic (see ‘US Tops 100,000 New Confirmed Coronavirus Cases … The pandemic is also sweeping across Europe for a second time’ ‘When diseases jump from animals to humans … how can we better prevent that from happening again?‘), but did not seem to really know what to do. Our recommended sermonette for this Sabbath has a recommendation–watch: COVID, Pandemics, and Unclean Meat.

The war between Armenia and Azerbaijan over a disputed region appears to be over as a peace treaty went into affect Tuesday. Azerbaijan’s side gained territory (see ‘Armenia, Russia, Azerbaijan sign deal to end Karabakh war’). Because around 2,000 Russian “peacekeeping troops” are to be deployed, hopefully this means that the fighting will stop this time (there have been numerous “cease fires” in the past that have not lasted long). Prophetically, in the end times, Russia and Armenia are prophesied to work together militarily (Jeremiah 51:27-29).

That being said, a temporal peace deal will be confirmed by a European “prince” for seven years and then be broken per Daniel 9:26-27. Events with the USA will play some role in that.

Yes, brethren, we are facing tribulations of various types.

That being said, let’s look at some passages from the New Testament Christians should take comfort in:

28 And we know that all things work together for good to those who love God, to those who are the called according to His purpose. (Romans 8:28)

13 But I do not want you to be ignorant, brethren, concerning those who have fallen asleep, lest you sorrow as others who have no hope. 14 For if we believe that Jesus died and rose again, even so God will bring with Him those who sleep in Jesus.

15 For this we say to you by the word of the Lord, that we who are alive and remain until the coming of the Lord will by no means precede those who are asleep. 16 For the Lord Himself will descend from heaven with a shout, with the voice of an archangel, and with the trumpet of God. And the dead in Christ will rise first. 17 Then we who are alive and remain shall be caught up together with them in the clouds to meet the Lord in the air. And thus we shall always be with the Lord. 18 Therefore comfort one another with these words. (1 Thessalonians 4:13-18)

14b … He is Lord of lords and King of kings; and those who are with Him are called, chosen, and faithful. (Revelation 17:14)

Yes, faithful Christians can have comfort. Put your trust in Jesus and pray for God’s kingdom to come.