We continue to work on literature production as well as handling matters around the world.

Plus, we have had some new contacts. In this past week, I have received multiple emails from leaders of small groups in two countries (Brazil and Eritrea) that we do not have congregations in that have expressed interest in possibly becoming part of the Continuing Church of God. I hope to share more information after we learn more about them and determine the seriousness of their interest.

Dr. Thiel
Today we received the supplements you have provided for {someone in Haiti}. …
Air Canada is still not flying to Haiti and the Canadian Government continues to have a travel advisory risk level ‘avoid nonessential travel’.
We have contacts in Haiti that keep us up to date on the unrest in the country.  The recent is news is far from good.
Thank you
Herb

ps  –  We continue to gather materials to take with us to Haiti. We have recently found a source to supply us with free New Testaments and Proverbs in the French language.  Although having the complete Bible is obviously better, these books will certainly be a help.  We continue to look for the complete Bible in the French language (preferably the Louis Segond Version), and at a reasonable cost.

So, while we still cannot get into Haiti, we still are preparing for the trip.

Unlike Kenya, where what we have sent always seems to arrive, we, at this stage, are unwilling to ship various items to Haiti.  As a reminder, the water filtration straws we sent months ago still never reached the Haitian brethren.

Anyway, the Haddons are collecting what they can and hope to go soon. Originally, Air Canada was to resume flights around June 17, 2019, but obviously that did not happen.

Please keep the Haitian brethren and the situation in Haiti in your prayers.

Steve Dupuie informed me that he and his wife Ruth now have their tickets to go to the Philippines for the Feast of Tabernacles this year. He will be giving numerous live sermons there.

As mentioned before, my wife Joyce and I expect to spend the first half of the Feast of Tabernacles in St. Louis, Missouri and the second half in Montreal, Quebec.

If you live in the USA or Canada and have not let us know where you wish to go, please email me. My email address remains COGwriter@aol.com.

We were able to send the July-September 2019 edition of the Bible News Prophecy magazine to our English subscribers in the USA yesterday. We sent out international copies earlier as it takes them a lot longer to arrive. 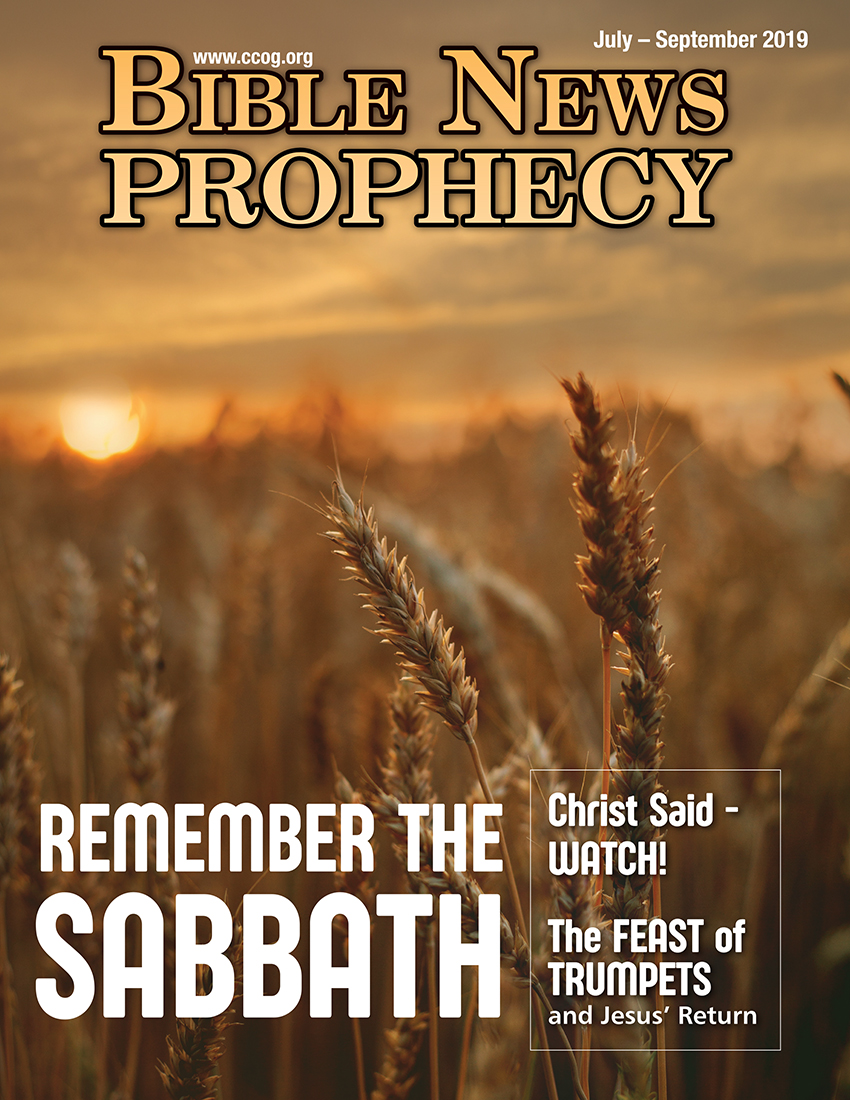 So, if  you are a subscriber, you should be getting your copy soon.

There has been more rhetoric related to matters between the US and Iran (see New US Sanctions Target Iran’s Ayatollah Ali Khamenei), but they are still not in a regular war.

US President Donald Trump’s son-in-law, Jared Kushner, has been in the Middle East trying to put together an economic plan that the Trump Administration hopes will lead to a peace plan between the Israelites, the Palestinians, Jordanians, and Egyptians (see USA reportedly had $50 billion and full Palestinian independence in ‘peace plan’ and Jared Kushner pushing for part of a peace deal that the Palestinians are not (currently) interested in). While the Palestinians are in opposition to the Trump Administration, eventually they will temporarily accept a peace deal in the region consistent with Daniel 9:27. Do not expect that to happen this Summer.

Over in the UK, the leading candidate for Prime Minister, Boris Johnson, had some type of domestic incident which has been in the news (see VOA: ‘Unruly’ Private Life Disrupts Boris Johnson’s Bid to Lead Britain). If Boris Johnson does become the next UK Prime Minister AND he is able to keep his word, the UK will be out of the EU by November 1, 2019. The EU does not care for Boris Johnson and if he becomes prime minister, that will be another thing that Europeans will negatively remember after Brexit.

Over in Europe, there are concerns that Italy’s financial situation pose an ‘existential crisis’ for the Eurozone (see Italy’s finances are a threat to the European Union). The late Pastor General of the old Worldwide Church of God, Herbert W. Armstrong, said that it would take some type of financial crisis to trigger the rise of the European Beast power (Sermon given July 7, 1984)–and financial issues will be one of several factors that will lead Europe to reorganize as prophesied in Revelation 17:12-13.

Over at the Vatican, Pope Francis spoke about the ‘Church” being leaven in every age (see In a seemingly ecumenical move, Pope Francis contradicts the Apostle Paul and says ‘the Church is called to be leaven’). Of course, true Christians are to strive to be spiritually unleavened (1 Corinthians 5:7). Since the Church of Rome uses an unleavened eucharistic host and the Eastern Orthodox and many Protestants use leavened bread in their eucharistic ceremonies, the Pope’s statements could be another sign that he is preparing his church for more ecumenical compromise. What will happen, probably within a decade or so, to the Church of Rome (Revelation 17:16-18), is not what the pontiff is hoping for.

The Apostle Paul wrote the following:

11 This is a faithful saying:

For if we died with Him,
We shall also live with Him.
12 If we endure,
We shall also reign with Him.
If we deny Him,
He also will deny us.
13 If we are faithless,
He remains faithful;
He cannot deny Himself. (2 Timothy 2:11-13)