I have been struggling here for the past couple of weeks to recover lost data.

A flash drive I used as a backup, apparently deleted files when copying it to a new flash drive. But the extent of the loss was not known for several days. In the meantime, when I updated certain files online, the files were incomplete, so when they were uploaded, they eliminated the original files. Consulting with a local computer company did not help, nor did desktop restoration ideas or some things from the internet.

This was frustrating as it eliminated many full sections of articles from the COGwriter.com home page for a couple of weeks, plus impacted files related to updating books, booklets, and our magazine.

Anyway, through trial and error, more files were updated and data restored.

So, if you noticed some missing items, or if some update no longer seems to exist, that is probably the reason why.

The latest information we have seen is that Canada expects to open up for US citizens to visit next month and for all nations the month after.

We are looking to have Richard Close and Steve & Ruth Dupuie possibly go there for the Feast of Tabernacles.

One or more in Canada may be ready for baptism, so pray that this window of opportunity will remain open.

Receive greetings in Jesus Christ. Hope you are fine.We are doing well here at Riftvalley Kenya. I visited different local churches last month. There are other counties that have been closed but we are only communicating using mobile phones. I was able to visit Kabolecho, Murkan Junction, Kurangurik. In those places, they welcomed the word of God, others will wait for Evangelist Ochieng for the next visit. The places to hold the Feast of Tabernacles are planning for that day which will be held on 20th September 2021. I got a report from Elder Cheruiyot that in  North Rift Valley they will meet in Njoro-Nauswet and MoloStanley Tiongik said that groups from Mau will converge at Mau. While the groups from Bomet will converge at Kiromwok. The groups from Chilani will also meet at Chilani. Groups from Takitech will converge at Takitech too. I noted that the number of brethrens had increased as compared to last year. I will send you a few photos from different places. God bless you.Regards,Pastor Sawek

We have seen a lot of growth in his area.

We have not had anyone visit Malawi since February 2020.

We really wanted this visit to take place as there are many issues in the area to deal with including leadership and literature matters, as well as planning the Feast of Tabernacles in both Malawi and Mozambique. I have asked Evans Ochieng about possibly flying into Mozambique instead of Malawi.

The Nelsons have bought tickets to go to Malawi and then planned to cross over into Mozambique for the Feast of Tabernacles. At this instant, it looks like they may have to fly into the capital of Mozambique and then to Quelimane, Mozambique to take the trek to the festival site, which is close to the Malawi border.

Please pray that God would open the door and that we will make the right decisions related to Malawi and Mozambique. 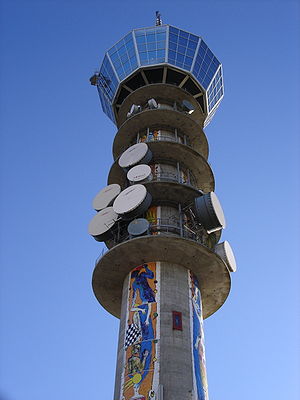 Deacon Ondigo Ochieng (no relationships to Evans Ochieng) sent the following report about a radio project that they have been trying:

So far we thank God for opening a door for radio evangelism.God used someone to pay for two months radio program.The first month ran from Sunday 30th May 2021 and  ended on Sunday 20th June 2021.The second month ran from Sunday 27th June 2021 to Sunday 18th July 2021.The Radio program is aired on a local vernacular station called Togotane 88.3 FM.The session hosted by Director Hezron Marwa (Mwanafunzi wa Yesu- meaning the disciple of Jesus) ,is called Gospel Drive which runs from 7pm-10.45pm every Sunday. Ours is the last which begins at 10pm to 10.30pm.

N.B Though the charges are quite expensive as compared to other local radio stations,we offered to use it for reaching out to the people in this region.

The following table shows the breakdown of the discourses covered,reactions from the listeners / indicators and reflections by the preacher:

Will be visiting people who wanted visitation and perhaps give out the Church materials like the Bible Prophecy Magazines in Swahili and Booklets/Books to those who can read English. …

My prayer and humble request is that the brethren who are able to support this work in love may help us continue to use this open door.

Most of the people in the Migori region of Kenya speak Kiswahili, but also know at least some English. We are trying to evaluate the value of this in that region.

Here is a suggested Sabbath day service for our scattered brethren and other interested people:

Europe and other parts of the world have had a lot of flooding (see I365: Unprecedented floods worldwide: ‘Washing away the enemies of Israel before Messiah’) and extreme weather (see ‘Germany floods: At least 33 dead’ ‘Record-breaking drought, heatwaves, wildfires, melting permafrost, and plagues promises to be a worrying summer for the United States! … Canada … Bulgaria … Spain’). Jesus said “troubles” would be part of the “beginning of sorrows” (Mark 13:8), and weather issues are consistent with that.

I heard on the radio that there was a documentary that was released last Friday about the life of former celebrity chef Anthony Bourdain. A disturbing aspect of this documentary is that it features a few sentences that Anthony Bourdain did not say when he was alive, but that sounded totally real (see The New Yorker: The Ethics of a Deepfake Anthony Bourdain Voice; COGwriter: Prophetic ramifications of deepfakes). While there is little negative risk when this type of technology is used for entertainment purposes, consider what will happen when it, or something like it, will be used for political purposes. The use of artificial intelligence and other technologies to produce what are called ‘deep fakes’ or ‘deepfakes’ is likely a tool that Satan will motivate some to use against some of us in the leadership of the CCOG in the future (watch also Lies and Deepfakes). The Bible warns that “evil men and seducers shall wax worse and worse, deceiving, and being deceived. But continue thou in the things which thou hast learned and hast been assured of, knowing of whom thou hast learned them” (2 Timothy 3:12-14, KJV). Deepfakes are coming, do not fall for them.

As most of you realize, we were censored by YouTube last month and our video against Disney’s promotion of LGBTQ+ abominations was taken down by them. So, we recommended the link at BitChute, which still has that video on (watch Disney’s abominable promotions!). However, BitChute is now being pressured and has agreed to suppress some anti-LGBTQ+ materials (see ‘Now the EU is going after video platforms like BitChute that refuse to censor content critical of LGBTQ and Black Lives Matter propaganda’). This is not a surprise as I anticipated this, which is partially why the sermonette video we made before the BitChute announcement uses different expressions (like “sexual immorality” instead of certain LGBTQ terms) to reduce us from being censored (watch Is Believing in Creation Racist?).

If you think using different terms is an overreach, even that may not be enough soon. In Poland, LGBTQ+ promoters seemingly consider that advocating traditional family values and going to church is prima facie evidence of “concealed discrimination” (see 1984? US Congresswoman suspended on Twitter, Polish LGBTQ+ group calling family supporting as ‘concealed discrimination’). They do not like that the Bible teaches that even condoning, without participating in, LGBTQ+ activities is wrong and deserving of death (Romans 1:18-32). They want public approval of actions the Bible condemns and want to be able to go against those who will not outwardly support them–sadly many governments, many in the media, and Big Tech agree with them. The famine of the word is coming (Amos 8:11-12) and steps towards that are happening now!

That being said, much of the world is moving more towards the final time of the Gentiles (Ezekiel 30:3; Luke 21:24). Iran, Serbia, the EU, and China have all recently made moves to be closer to the Russian-dominated Eurasian Economic Union (see Iran praises Eurasian Economic Union, Serbia enters its deal with the EAEU, and China’s connection: Is the time of the Gentiles approaching?). While the EAEU is NOT the prophesied threat against the Anglo-American nations, the stage is more and more getting set for the final rise of the Gentiles for this age.

Jesus came because of the Father’s will in order for us to have “the right to become children of God.”

Let us be thankful for this right and live in such a way as to not lose it.