As the Apostle John wrote:

2 Beloved, I pray that you may prosper in all things and be in health, just as your soul prospers. (3 John 2) 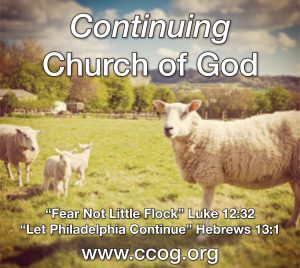 For years we have had a small flock of sheep picture, but without any words at the CCOG websites. So, we thought adding some words might be helpful.

We wanted to add enough to give some information about us, but not so much that it took a lot of reading. Luke 12:32 is shown since we are a “little flock.” And a literal translation of Hebrews 13:1 points to the work we are doing.

Here is what we are putting up at the Spanish language cdlidd.es site: 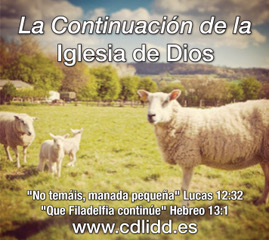 Here is what we putting up in Tagalog at the pnind.ph site: 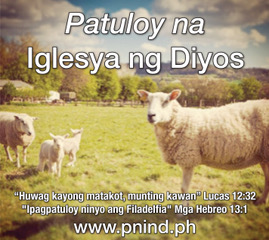 Anyway, we hope that the words on the pictures will help all better understand more about who we are and what we are about. 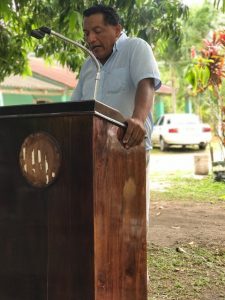 Here it is machine-translated (then further edited) into English:

Greetings bob from Mexico. We have met 29 brothers and 1 new one who visited us. We had a nice service. And we talked about humility. We have a brother who was diagnosed with cirrhosis. And we pray for him. We ask God to take care of him and guide

We are glad to have them with us. Please pray for them and in particular the man with cirrhosis.

I am greeting you in the name Jesus Christ,i want to say thank to God for the journey to Mau church and other churches in bomet, i was welcome and also they also welcome the word of God.
I have also united the church of Kiromwo and that of Bomet so that they can fellowship other held headed by thomas koskei hence both church with fellowship during the feast of tabernacles.
I have also have been fulfilling the mission of spreading the gospel that we were support to go with pastor ochieng.
Thanks for prayers and God bless you.
Regards
Pastor Sawek

Pastor Sawek is reaching many, particularly in the Rift Valley of Kenya.

As mentioned a couple of weeks ago, we decided to upload existing sermons from our ContinuingCOG YouTube channel and our future sermons to a platform called BitChute. Our channel there is called COGTube.

BitChute is free and seems less likely to censor us or shut us down than YouTube (which censored us once for a sermon by Steve Dupuie that certainly did NOT violate its “community standards”).

Here are the four channels we now have at BitChute:

We took a chance and went for the name ‘Prophecy’ by itself for the sermonette-related channel, and it was available (that was an advantage with going on a relatively new platform). We hope this may assist us with views in the future. Since ‘Prophecy’ implies religion we felt that it alone would be fine. We put the term ‘COG’ (standing for Church of God) in the description for the other BitChute channels.

What is interesting about BitChute is how it shows people who go to its main video page the latest videos that were uploaded. This way, people who normally would not find our channel, get an opportunity to see (for a short time) what we just uploaded (sort of like a free advertisement). So, this is a platform to partially assist with the fulfillment of Matthew 24:14 and 28:19-20.

While we are not getting a huge amount of views on it, it looks like we are getting more than we typically are getting from Vimeo or Brighteon.

Although we are not convinced that BitChute is our final alternative to YouTube, for the time being, we will use it as backup, as well as another platform for our videos and animations.

Adding to the growing number of US entities pushing LGBTQ matters on children, the State of Illinois just made a law to do so (see Illinois also has decided to harm children through new LGBTQ+P (pedophile) law). The bill’s author wants children to consider that LGBTQ people are role models they should emulate. The Bible takes the opposite view (cf. Romans 1:18-32).

Speaking of trade, the US says that it will place the UK at the first of the queue (head of the line) when it comes to a trade deal, which is in contrast to statements made in 2016 by then President Barack Obama that the UK would have to be at the back of the queue if it voted to leave the EU (see Barack Obama vs. John Bolton on trade with the post-Brexit United Kingdom). This is consistent with some of what I wrote years ago.

In other economic news of prophetic interest, it was reported that Poland has greatly increased its gold reserves. Furthermore, Russia, Turkey, China, and many nations in the European Union have been doing that (see Gold, Europe, and the US Dollar). Part of the reason for this is to have in place a system to bypass the US dollar in international trade. The time will come when the US dollar will be worth no more than the scrap value of the cotton-paper it is printed on. At that time, gold will still have value (Daniel 11:39-43), but in a couple of years after that, gold will be tossed into the streets (Ezekiel 7:19).

Brethren, those are our basic orders. And one of the ways we show that love is to support reaching the world with the true gospel message (cf. Matthew 24:14; Roman 11:25).