We continue to work on new literature as well as new animations.

One of the reasons for working on new booklets is to support our animations. And one of the purposes of the animations is to direct people to our literature so that they can learn more about the truth of the Bible.

We are currently expecting to release at least four new booklets this year, with the dating booklet the first.

We Got Media Attention

Many of you will remember that in my 2015 sermon The Short Work, I mentioned my belief that the short work alluded to in Romans 9:28, as well as the final fulfillment of Matthew 24:14, would partially happen as the result of media coverage.

While now is not the time for the fulfillment of Romans 9:28, we did just get some media attention.

The UK Express ran three articles where I was mentioned by name this week: World War 3 WARNING: US told ‘consequences of bombing Syria’ set the stage for WAR and World War 3 PROPHECY: Did ‘Balkan Nostradamus’ Baba Vanga predict Putin’s rise to power? and End of the world: Will the world end on April 23? Will World War 3 break out?

In the first one, they embedded part of this week’s recommended sermonette video: Syria and the start of World War 3. Now, the way it was embedded does not affect the statistics that YouTube supplies us, so we are not sure how many have seen the version the Express put together. But, as a media outlet, obviously more have now seen this.

Of course, the coverage was not intended to be flattering. But that is consistent with the prophetic words of Jesus:

11 Blessed are you when they revile and persecute you, and say all kinds of evil against you falsely for My sake. 12 Rejoice and be exceedingly glad, for great is your reward in heaven, for so they persecuted the prophets who were before you (Matthew 5:11-12).

It is not that the UK Express was spreading evil falsehoods about us, per se, in all of the articles. But the coverage is ‘tabloid’ like and used unflattering titles.

That being said, media attention will amplify our reach and I believe will be a factor in the prophesied fulfilling of Matthew 24:14.

We received the Spanish translation of our ‘First Date’ animation back very quickly.

Does your family speak proper Spanish?

Would you like to volunteer to assist the Continuing Church of God reach people in the Spanish language?

If so, perhaps you might be willing to provide voices for a short animation script?

If you may be willing to serve that way, please send me an email: COGwriter@aol.com

Feast of Tabernacles Sites in the USA

The Feast of Tabernacles (including the Last Great Day) will be here relatively soon: starting the evening of September 23rd until sunset October 1st in 2018.

We now have agreements for two Feast of Tabernacles’ sites in the USA for 2018 (though the Wichita site will probably not be officially finalized for about a week–but a check to secure the location has just been mailed). 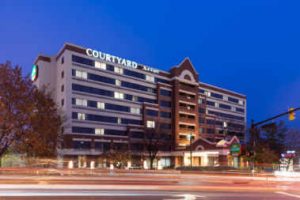 Here is a link to book rooms at the above: Book your group rate for CCOG Feast of Tabernacles.

Alexandria is near Washington, D.C. 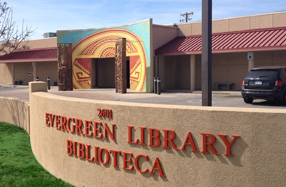 Herb Haddon is working on a site in Canada. It is expected to be between Ontario and New Brunswick. Currently, a site in Kingston, Ontario, which is a short distance from New York Interstate 81, is being most considered. For more information, contact Herb Haddon, email hwhaddon@gmail.com

Information on our Fall festival sites around the world is in the article: Feast of Tabernacles’ Sites for 2018.

Now that the USA sites are essentially finalized, please email me to tell me which of those sites you plan to attend.

Please try to let me know as soon as you can.

John Hickey sent me the following:

We have booked a venue for the Feast of Tabernacles. The venue is Academy Comfort Inn, 734 Cameron Road, Tauranga.

Tauranga is just under 3 hours south east of Auckland by car.

Google reported that our campaign with them reached 1,559,397 computers last month. That is down slightly from the previous month, mainly because of changes in Google algorithms.

A witness to the good news of the gospel of the kingdom of God is going forth as we are working to fulfill Matthew 24:14 and Matthew 28:19-20.

The USA, UK, and France dropped bombs on Syria as punishment for what has been claimed to be a chemical weapons attack against civilians (see Syria bombed and Russia reacts: The start of WWIII or Isaiah 17?). One day, the Bible shows that Syria’s capital, Damascus, will become a “ruinous heap” (Isaiah 17:1). While that has not happened yet, it will come to pass.

French President Emmanuel Macron is concerned that the European Union is divided between those who prefer democracy and those who prefer a more authoritarian model (see BBC: “France’s Macron: EU in ‘civil war’ over democracy”). Despite hopes some have that Europe will be democratic, the biblical reality is that an authoritarian dictator will be given power in Europe (Revelation 17:12-13) and he will be there to do his (and Satan’s, cf. Revelation 16:13) will (cf. Daniel 11:31-39).

Perhaps it should also be mentioned that both the Europeans and China are pushing back against trade policies of the USA (see Trade wars: China and EU push back against the USA). The Bible shows that Europe will one day dominate trade for a time (cf. Revelation 18). We are seeing more efforts by the Europeans to try to take the lead on international trade.

6 “And at midnight a cry was heard: ‘Behold, the bridegroom is coming; go out to meet him!’  7 Then all those virgins arose and trimmed their lamps. 8 And the foolish said to the wise, ‘Give us some of your oil, for our lamps are going out.’ 9 But the wise answered, saying, ‘No, lest there should not be enough for us and you; but go rather to those who sell, and buy for yourselves.’  10 And while they went to buy, the bridegroom came, and those who were ready went in with him to the wedding; and the door was shut.