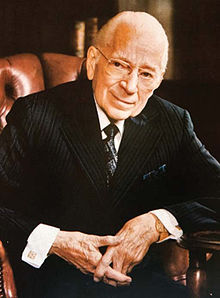 After apostasy entered the old Worldwide Church of God, most people who attended fell away from the truth. Yet between 1/4 to 1/3 did not accept the apostasy. But many of those not guilty of total apostasy became lukewarm. Why is there so much disunity today? Nearly all did not hold fast to true biblical governance. Many stopped accepting teachings like church eras. Most lost their love of the brethren when it comes to reaching the world as more than a witness of the gospel. Many became fearful of organizations and essentially seem to have ‘buried their talent.’ What did Herbert W. Armstrong write about being independent? Are Christian supposed to gather together in these end times? Are there warnings in both the Old and New Testaments about the generation of the Laodiceans? What about ‘one man rule’? What about hirelings? What Church of God has been the fastest growing in the 21st century? Does any group have the signs of Acts 2:17-18? Where is the most faithful remnant of the Philadelphian portion of the Church of God today? Dr. Thiel addresses these issues and more.

Here is a link to the sermon: Church of God Unity.