Today, is the USA holiday called Thanksgiving. And while no one needs to celebrate it or other national holidays, we should regularly give thanks to God. 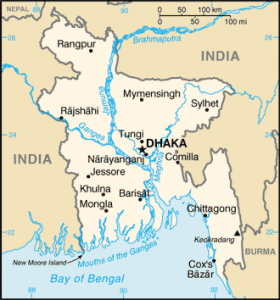 As mentioned last week, we have an ex-Muslim in Bangladesh who has volunteered to see if he can possibly translate our English Statement of Beliefs of the Continuing Church of God into his native language of Bangla.

He has begun to do so. Here is a link: Bangla: Statement of Beliefs: ঈশ্বরের চার্চ এর বিশ্বাসের বিবৃতি .

We need to reach people all over and in many languages.

19 Go therefore and make disciples of all the nations, baptizing them in the name of the Father and of the Son and of the Holy Spirit, 20 teaching them to observe all things that I have commanded you; and lo, I am with you always, even to the end of the age. (Matthew 28:19-20)

Consider something from both the Old and New Testaments:

9 After these things I looked, and behold, a great multitude which no one could number, of all nations, tribes, peoples, and tongues, standing before the throne and before the Lamb, clothed with white robes, with palm branches in their hands, 10 and crying out with a loud voice, saying, “Salvation belongs to our God who sits on the throne, and to the Lamb!” (Revelation 7:9-11)

14 Then to Him was given dominion and glory and a kingdom, That all peoples, nations, and languages should serve Him. His dominion is an everlasting dominion, Which shall not pass away, And His kingdom the one Which shall not be destroyed. (Daniel 7:14).

Thus, it makes sense to get materials into whatever languages God will open up to us.

27 Now when they had come and gathered the church together, they reported all that God had done with them, and that He had opened the door of faith to the Gentiles (Acts 14:27).

We have materials online in over 100 languages.

We are happy that God is opening the door of faith to the Gentiles who read the Bangla language.

Google reported that our campaign with them reached 1,980,849 computers last month. That is down from the previous month and again seems to be related to certain Google algorithm processing issues as we are still getting as many people actually responding to the campaign.

We also, of course, are reaching others through our websites in addition to cogwriter.com.

Someone sent me an email objecting to the use of the term “Amen” a while ago. That reminded me to look at our booklet Prayer: What Does the Bible Teach? 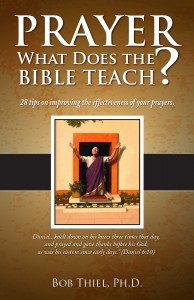 Finally, I was able to update and expand the last “tip” in that booklet.

Tip 28 was expanded and the version online now has the following:

Jesus ended the prayer He gave in Matthew 6 with the term “Amen.” In the “Received text,” the Greek word is άμην, transliterated as into Latin characters as “amen” (anciently pronounced ah-min or ah-men). Nearly all the books of the New Testament end with the word “Amen.”

Some do not like the word “Amen.” Some claim it is pagan and that using it is calling out to, or praying to, an Egyptian sun-god.

However, “amen” stems from the Hebrew verb aman (anciently pronounced ah-main) meaning “to support, confirm, or rear up” (Harkavy, Students’ Hebrew and Chaldee Dictionary). The Hebrew word aman (אמן) differs from the word for the Egyptian god Amon used in the Bible (ן‎ואָמ‎). Yet, some falsely claim that saying “Amen” is actually a prayer to that pagan deity.

Amen itself means “truly” (Harkavy). Christians can say truly or verily if they wish (cf. Romans 14:23c), but most use the term “Amen.”

Christ often used this word in the New Testament. In the King James Version, άμην is often translated as “verily.”

Basically, the word אמן/άμην signifies that you believe and agree with what was stated before.

Believe what you pray. Have the right attitude. Amen.

While some may say that saying Amen sounds too much like Amon (or that the sun-god’s name is also sometimes pronounced as A-men), we do not stop using words just because they have a similar sound in English as pagan deities.

It is appropriate to end prayers with Amen.

In Africa, the war, food issues, and strife in Yemen have resulted in the deaths of about 50,000 Yemeni children, and more deaths are expected (see Food politics and the death of 50,000 Yemeni children). Over in Zimbabwe, its president was essentially put under house arrest by its military and later resigned. While the entire world needs the Kingdom of God, it should be obvious to more that Yemen and Zimbabwe do.

Pope Francis keeps speaking about helping the poor, but has yet to reduce Vatican holdings of jewelry or other wealth to do so (see Caring for the poor is our ‘passport to paradise’, says Pope Francis; What about EU banking and deposit insurance?). However, the time may come when the Church of Rome will decide it needs to pledge its assets to assist with financial stability in the world, or at least with Europe. The Bible warns about a coming church-state alliance in Europe that will involve the famed city of seven-hills (Revelation 17).

Some scientists have speculated that there will be more significant earthquakes in 2018 or later years (see Scientists predict increase in earthquakes for 2018). Jesus said earthquakes would be part of the beginning of sorrows (Matthew 24:7-8). The Book of Revelation tells of a coming earthquake bigger than any human had ever seen (Revelation 16:18-20). We are getting closer to that time.

5 But I have trusted in Your mercy;
My heart shall rejoice in Your salvation.
6 I will sing to the Lord,
Because He has dealt bountifully with me. (Psalms 13:5-6)

Brethren, be thankful for, and trust in, God’s mercy.