We have been working on finalizing many details related to the Feast of Tabernacles and literature, as well as working on international matters.

As a reminder we plan to have three Feast of Tabernacles’ sites in North America for 2017 (services will begin the evening of October 4th and continue until the Last Great Day which is October 12th in 2017).

Richard Close is working on having a limited site in Wichita, Kansas. He emailed me that it is confirmed. The plan is to hold services on most days at the Wichita Public Library, Evergreen Branch, 2601 N Arkansas, Wichita, KS  67204. They are unable to get it on Columbus Day (which falls during the Feast of Tabernacles this year). and are trying to make plans for that day. For more information about this site, contact Richard Close, email closer@comcast.net

Last week, I asked you to be thinking and praying about which site you may wish to attend this year. As soon as you decide, please email the person listed by the site. If you could do this within the next week that would be helpful.

There are also sites in New Zealand, the Philippines, and Serbia, as well as many sites in Africa. If you live in North America and wish to attend any of those sites , please email me. email cogwriter@aol.com.

Our most current information is in the link: Feast of Tabernacles’ Sites for 2017, which is updated as we get more information.

As announced last week, I was on the Republic Broadcasting Network (RBN) at 2:00 pm Central Daylight Time (12:00 am PDT) on Tuesday. Dr. Bill Deagle (the host) and I talked about the Fatima and predictions to happen this Sabbath, which is the 100th anniversary of the Fatima apparition.

Evangelist Evans Ochieng informed me that he was going to Uganda earlier this week and presumably he went there on Monday. 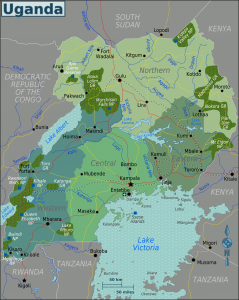 Uganda borders Kenya and is relatively close to several CCOG congregations in Kenya. I expect that Pastor Ochieng will send in a report once he is back and has internet access.

Joyce and I will be working on a video related to the Spanish Inquisition later this month. As it turns out, we will need to transfer via the airport in Stockholm, Sweden. While we do not have any known supporters in that nation, should anyone in that area see this announcement and wish to attend Sabbath services with us on May 27, 2017, please email me (email cogwriter@aol.com).

We are planning to conduct Sabbath services in Belgrade, Serbia on June 17, 2017. If you wish to attend, please conduct Elder Aleksander “Sasha” Veljic. His email is aveljic@protonmail.com.

As many of you are aware, we also hope to hold the Feast of Tabernacles in Belgrade, Serbia in 2018 and this will assist us in making some decisions about that site.

That headline was shocking to me.

Instead of proclaiming the gospel of the kingdom of God, the particular Roman Catholic writer of the article believed that the false doctrine of ‘Purgatory’ that the Roman Catholics adopted centuries after the New Testament was written was serious good news for humanity. While God does have a great plan with good news, it is not the doctrine of ‘Purgatory’ which the writer claims is unique to his faith. One of the reasons it is ‘unique’ is that it is without biblical support and was adopted after the Church of Rome turned further away of a doctrine that has been called Apocatastatsis. To learn more about what the Bible teaches about those who are not saved in this age, check out the article Universal Offer of Salvation: There Are Hundreds of Verses in the Bible Supporting the Doctrine of True Apocatastasis.

Some believe that we are getting close to World War Three (WWIII), with one person falsely predicting that it will start this Saturday (see ‘Anonymous’ and Vladimir Putin warn of WWIII?). While we are getting closer to WWIII, it is not going to be a conflict primarily between the USA and Eastern nations (see also WWIII to begin on May 13, 2017? Will WWIII be between the East and West?).

The ‘reason’ for the Saturday prediction for WWIII is that May 13, 2017 marks the 100th anniversary of the ‘Lady of Fatima.’ Tomorrow, Pope Francis expects to go to Fatima, Portugal. And on Saturday he plans to further promote his improper version of Mary (watch Fatima and Pope Francis). ‘Mary’ is expected to be used as an ecumenical and inter-faith tool by the Vatican. More and more news stories have been coming out touting Fatima. Some Roman Catholics claims that Fatima is a way to peace–but it is not. Someone who claimed to have contacted with the Marian apparition in Medjugorje, claimed back in 1982 that May 13th seeming marked the day that Satan would essentially be bound (see ‘Marian’ message’: ‘Satan’s reign ends this Saturday’). There is more to this Marian stuff than many realize. As I mentioned last week, it may well be that apparitions claiming to be Jesus’ mother Mary will be part of the signs and lying wonders in the end times (cf. 2 Thessalonians 2:9-12).

Over in the Mediterranean, the residents of Gibraltar are concerned about their future (see Gibraltar opposed Brexit and now feels betrayed by EU). They basically wish to remain part of the UK and feel that the European Union is too willing to grant Spain sovereignty over their territory. Gibraltar is a major ‘sea gate’ and one day, the UK will lose it (cf. Deuteronomy 28:58-63; see also Will the UK Lose Gibraltar and the Falkland Islands?).

Over in France, there were concerns about its presidential election (see CBS: ‘France chooses new president in vote that could decide Europe’s fate’). But the candidate preferred by the mainstream and the EU leadership, Emmanuel Macron won (see Emmanuel Macron wins: What’s ahead for France?). Emmanuel Macron was more pro-EU than his opponent Marine Le Pen. Expect to see some ups and downs in Europe (cf. Daniel 2:41-43) until it reorganizes (Revelation 17:12-13) and the final Beast power emerges.

Speaking of the EU, European Union Commission President Jean-Claude Juncker blamed the UK for abandoning the EU and said that the English language is become less relevant (see Juncker: Britain abandoning the EU and English is becoming less significant). There has long been what Americans would call “bad blood” between the UK and Jean-Claude Juncker. The time will come when real blood is spilled (cf. Jeremiah 30:7).

As far as Europe goes, perhaps it should be mentioned that a political party in Norway proposed outlawing circumcision for young males, Belgium is trying to stop Jews for killing animals in a ‘kosher’ way, and a recent study indicates that about 40% of Germans hold at least one view considered to be antisemitic (see Circumcision & Norway; Antisemitism rising in Germany). Realize that true Christians have been considered ‘secret Jews” by the Greco-Romans and we will be subject to persecutions in the future (cf. Daniel 7:25; 11:28-35; see also Persecutions by Church and State).

Over in Asia, China is working on its ‘Silk Road’ project which may help pave the way to Armageddon (see China pushing the ‘Silk Road’ project: A prelude for the ‘kings of the east’?). A meeting with many nations about this is scheduled to begin on Sunday.

Note: If you have a slow internet connection, you can watch these by starting the video, then below it (and towards the right) look for an outline of a gear–if you click on that, it will allow the YouTube video to be played with lower video quality, but at least it will not stop often–you can select a quality as low as 144p. If your internet connection is still too slow (as my home one is) and/or you prefer audio messages to audio-visuals ones, go to the YouTube link for the message, click on SHOW MORE related to the description. You will then see something that says, “Download MP3.” Below that is a link to an MP3 file. Most computers (and even some cellular telephones) will allow MP3 files to be downloaded and played. This is an option we have made available (but we are also looking into ways to improve that as well)–and, of course, we have written article options. Some people have found that if their internet connections are not fast enough, that they can simply listen to the messages that are found at the new Bible News Prophecy online radio channel.IN CASE YOU DO NOT RECEIVE A ‘LETTER TO THE BRETHREN’ FOR ANY WEEK, REMEMBER THAT THERE ARE MANY SERMON MESSAGES ON THE ContinuingCOG channel AND MANY SERMONETTE MESSAGES ON THE BibleNewsProphecy channel. There are also some messages at the CCOGAfrica channel.

To the elect lady and her children, whom I love in truth, and not only I, but also all those who have known the truth, 2 because of the truth which abides in us and will be with us forever:

3 Grace, mercy, and peace will be with you from God the Father and from the Lord Jesus Christ, the Son of the Father, in truth and love.

4 I rejoiced greatly that I have found some of your children walking in truth, as we received commandment from the Father. (2 John 1-4)

Brethren, believe, live, and walk in the truth!