Last week, I mentioned we had put a few videos up at Brighteon, as an additional platform, in case of censorship from YouTube and/or Vimeo. Shortly thereafter I got an email from Brighteon saying that the entire platform had been banned from New Zealand and Australia, but that Brighteon was working on taking steps to be allowed on again in those nations. Furthermore, the EU Parliament also passed an internet censorship law this week that is to be implemented over the next two years that could affect the COGwriter Church of God News page and some of what we do at CCOG. This may change how COGwriter is handled.

We know that more censorship is coming.

4 I must work the works of Him who sent Me while it is day; the night is coming when no one can work. (John 9:4)

And that includes the internet.

Yesterday, for example, we updated the Spanish version of the Statement of Beliefs of the Continuing Church of God in order to insure that the edits (mainly additions) over the years were included in it–we believe this will help clarify and teach doctrine in places like Latin America. Here is a link: Declaración de las Doctrinas de la Continuación de la Iglesia de Dios.

On other matters, we sent out donation receipts on Tuesday (for donations received up to the day before this calendar year) to US financial supporters, as well as magazines to them and all of our USA subscribers.

So, we have now sent out the April-June 2019 edition of the BibleNewsProphecy magazine to all our subscribers. 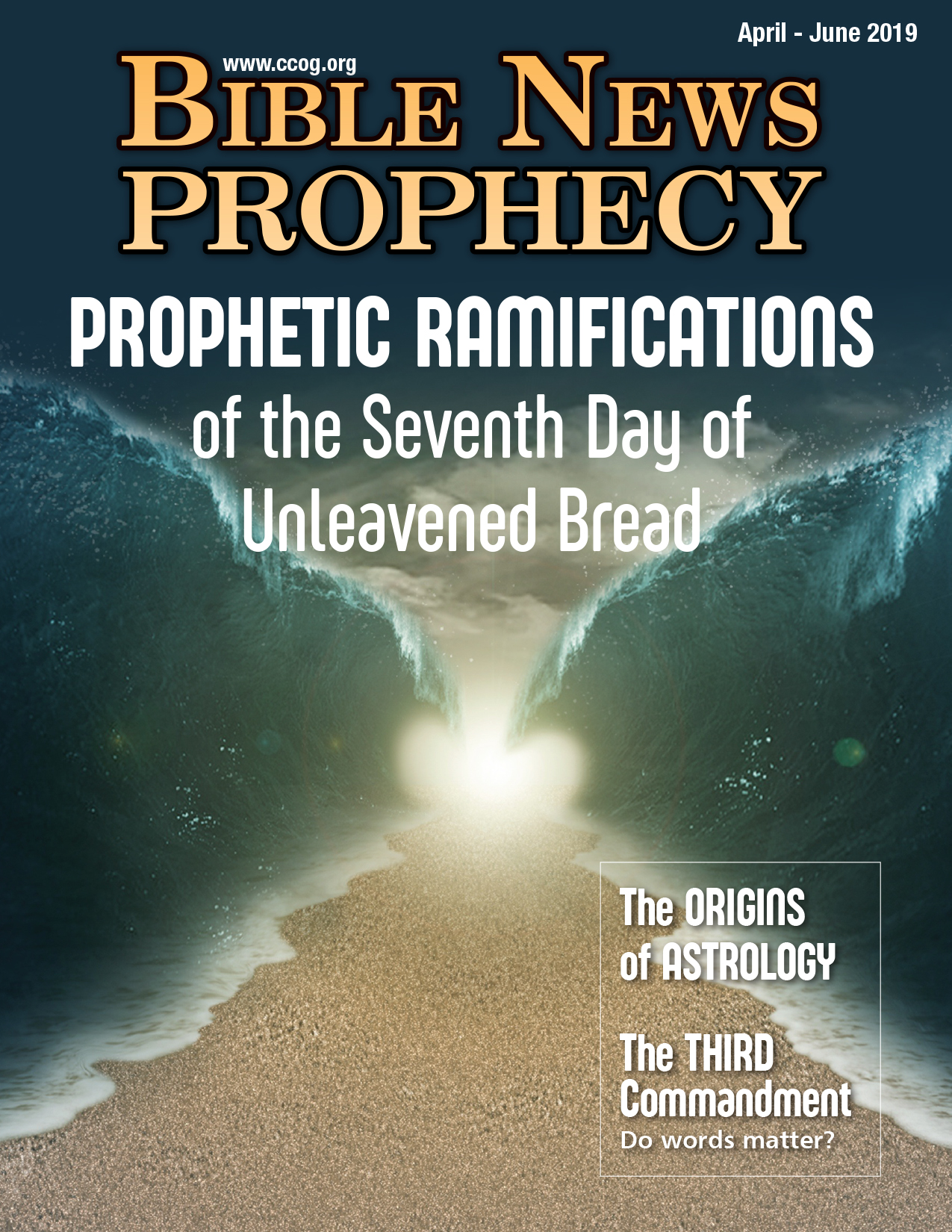 Here is a link to the April-June 2019 edition of Bible News Prophecy magazine.

Additionally, to our members and supporters in the USA as well as those who asked us, we also included a copy of the book Proof Jesus is the Messiah.

Here is a link to that: Proof Jesus is the Messiah.

We sent these out to international subscribers and supporters a little earlier this month since it takes longer for the mail to deliver outside the USA, since we originate the mailing from inside the USA.

We also sent out the Spanish version of our magazine as well. 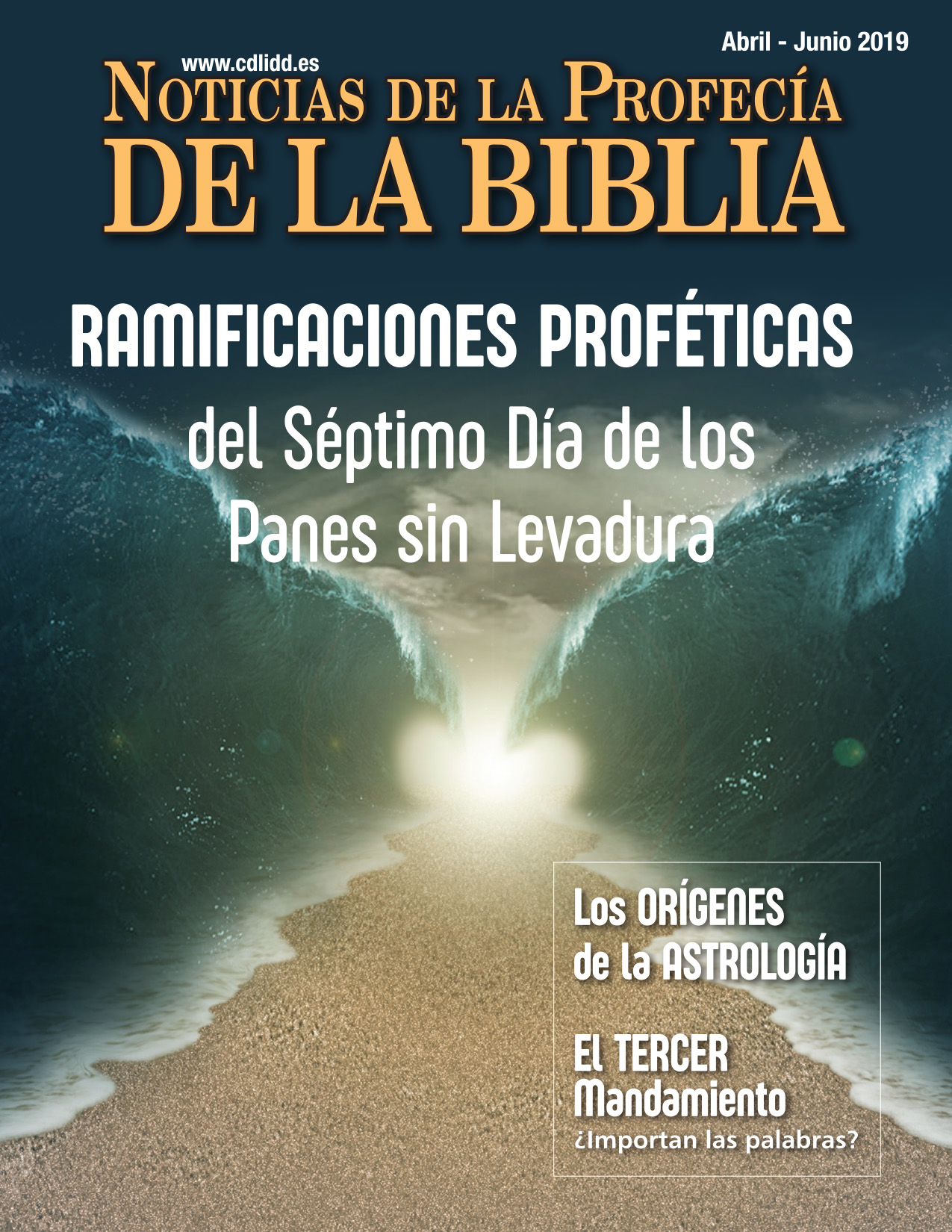 Here is a link to that: Noticias de Profecía de la Biblia Abril-Junio 2019.

The magazines in African languages are printed in Kenya and those are not sent from the USA.

All issues of the Bible News Prophecy magazine have been put out in more than one language.

In last week’s Letter to the Brethren, I mentioned that we have had more views of our videos than YouTube has counted in its statistics.

For one example, while YouTube shows that we have had about 3,000 views of our animations in total, that vastly understates our actual reach.

Andre Nelson has been promoting them via Facebook, and Tuesday morning he sent the following report:

“Big Bang: Nothing or Creator?”:

“A Lifegiver or Spontaneous Evolution?”:

“Which Church would Jesus Choose?”:

He is also considering a promotion for our latest animation, which is about the “Night to Be Observed.”

Feast of Tabernacles: Philippines and Mexico

Anthony Flavell sent the following information about the site in the Philippines:

The Philtown Hotel is situated in downtown CDO in a Commercial District and is well served by amenities. Parking is available and there are many restaurants and Cafes within 5 mins walk of our Hotel and Meeting Venue.

The Hotel we have chosen  for our Lodgings is the New Dawn Pension which is right opposite the Philtown Hotel. Telephone No of New Dawn is 0063 9264620881

Steve and Ruth Dupie are planning to attend from the USA, with Steve Dupuie expected to give several live sermons there.

On other Feast of Tabernacles matters, there is expected to be a site in Mexico and they may be close to finalizing that location. But, it is most likely that services would be in Spanish, though it is possible that they may play some sermon messages in English and then translate into Spanish.

The German leaders who seem to be replacing Angela Merkel have pushed for greater European military involvement, an expanded European police presence, and ‘Christian values’ (see German leaders pushing for European military, European FBI, ‘Christian values,’ and 666). The Bible shows that a totalitarian militaristic church-state combination will arise in Europe (cf. Revelation 13 and 17) and numerous leaders in Europe are pushing for it.

As mentioned earlier (watch also China’s Silk Road and Babylon the Great), Italy has now officially confirmed that it wants to be part of China’s Belt and Road Initiative (see ‘Italy endorses China’s Belt and Road plan in first for a G7 nation’). While some in Europe and the USA fear this will aid China, the ‘roads’ (some are ports) go both ways. This project will have benefits for Europe (watchChina’s Silk Road and Babylon the Great) before some are likely to be used to gather in Armageddon (watch Is China paving roads to Armageddon?, and Jordan, Petra, and Armageddon).

A new study came out confirming that male and female brains are different, even before they are born (see ‘Proof that girls and boys are born to be different: Controversial study finds that brain differences between the sexes begin in the womb’). This is another study that negates some of the commonly pushed misinformation suggesting that ‘gender’ is not biological, but the result of societal environmental factors. Of course, many of those pushing the LGBTQ agenda do not want to accept facts, but instead wish to push something that the Bible shows will not end well for society (cf. Jude 7).

US President stunned many and pleased Israeli Prime Minister Netanyahu when he announced that the USA would recognize the Golan Heights as “Israeli controlled territory” as opposed to “Israeli occupied territory” (see Evangelicals continue support of Donald Trump, Golan Heights, and Mueller probe). Benjamin Netanyahu compared Donald Trump to ancient Cyrus the Great (see Israeli PM compares Donald Trump to Cyrus, Jerusalem Post says not yet). While Donald Trump has been the most pro-Israeli US president, he is not fulfilling ‘Cyrus the Great’ prophecies, such as those found in Isaiah 44 and 45. Let me add that yesterday the European Union rejected the US position (see EU rejects US recognition of Israeli control of the Golan Heights–a prelude to Daniel 9:27?), which, in my view, will make Europe and more desired peace deal broker to the Palestinians and other Arabs–and the Bible shows that a deal in that area will come and be confirmed by a European leader per Daniel 9:27.

To the elect lady and her children, whom I love in truth, and not only I, but also all those who have known the truth, 2 because of the truth which abides in us and will be with us forever:

3 Grace, mercy, and peace will be with you from God the Father and from the Lord Jesus Christ, the Son of the Father, in truth and love.

4 I rejoiced greatly that I have found some of your children walking in truth, as we received commandment from the Father. 5 And now I plead with you, lady, not as though I wrote a new commandment to you, but that which we have had from the beginning: that we love one another. 6 This is love, that we walk according to His commandments. This is the commandment, that as you have heard from the beginning, you should walk in it. (2 John 1-6)

Brethren, we do have the truth. That is something to rejoice in.

We also know that we are to walk according to His commandments.

The sermon recommended for this Sabbath contains instructions about ten of them.