Greetings once again from the Five Cities Region of California.

We have been working on getting the next edition of the magazine out, in English and a variety of other languages.

This week’s recommended sermonette will be done by New Zealander John Hickey. We videoed another one as well, but decided that the one from John Hickey would be better viewed now and the other one for a later time.

Sosten included some photos of brethren in Mozambique: 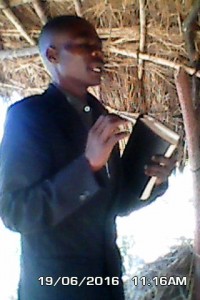 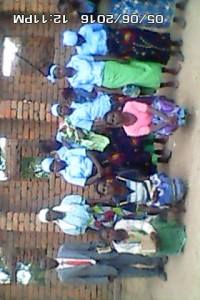 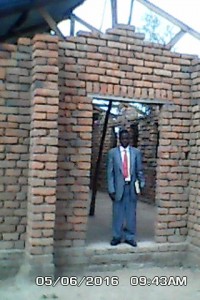 Sosten Libungwa also reported that they had a fine Pentecost in Malawi.

We have now passed 400,000 views on one of YouTube channels.

The BibleNewsProphecy channel has now past 412,00 views.

Another one of our channels, the ContinuingCOG channel  has had over 224,000 views.

We Need to Develop Patience

Real, godly patience is vitally important in overcoming the trials of this life and qualifying for God’s Kingdom. Here’s how to have this patience.

Patience, you tell yourself.

You were just cut off on the freeway by another driver, and you missed your turn. Your first urge was to blast your horn at him or call him some name. He was speeding anyway. Why couldn’t he have just eased into the lane behind you?

But then you catch yourself, and begin looking for the next exit.

You’re in the supermarket. You just stopped in to pick up a couple of items — you’re due somewhere and are already behind schedule. And wouldn’t you know it? Only one check stand is open, and you’re the fourth person in line.

You have several options. You can leave in disgust and come back later to get your groceries. You can find the store manager and, fuming, give him a piece of your mind. Or you can calmly wait your turn and be cheerful about the whole thing.

We all need to develop more patience to deal with problems in our everyday lives — disagreements with our mates, annoyances from our children, unfair treatment from employers and fellow workers, inconsiderate acts of our friends.

But, as Christians, we have an even greater need to develop real godly patience, living, as we do, in the pulsating pressure cooker that is this end time. We are challenged to endure to the end, and to patiently wait for the return of Jesus Christ and the establishment on earth of the Kingdom of God.

Paul tells us, “But if we hope for that we see not [our birth into God’s Family], then do we with patience wait for it” (Rom. 8:25).
So what exactly is true, effective, godly patience? And how can we develop more of it, to better deal with everyday trials and to endure until Christ’s return?

Hebrews 12: 1 tells us to “lay aside every weight, and the sin which doth so easily beset us, and let us run with patience the race that is set before us.” Patience is one of the virtues Peter tells us to “add” to keep from falling away from the faith (II Pet. 1:5-10).

James writes that Christians should “count it all joy when ye fall into divers temptations; Knowing this, that the trying of your faith worketh patience. But let patience have her perfect work, that ye may be perfect and entire, wanting nothing” (Jas. 1:2-4).

In all the verses referred to above, the word patience is translated from the Greek word hupomone. This Greek word means “cheerful or hopeful endurance, patience, patient continuance or waiting.”

People with real patience bear trials calmly. They are steadfast in the face of adversity or strain. Patient people are not hasty or impetuous, but act with wisdom and discretion. The Bible gives many examples of people who were shining examples of patience. God’s Word also records the failures of some others to exercise this godly trait. …

The greatest example of patience was set by Jesus Christ, who, as an innocent Lamb, died a hideous death to make possible mankind’s reconciliation to God: “For consider him that endured such contradiction of sinners against himself, lest ye be wearied and faint in your minds” (Heb. 12:3).

Here, then, are several ways to develop godly patience.
• Keep your eye on the overall goal. All of us are forced to deal with trials and problems. When we’re trying to reason with unconverted mates or striving to please unfair bosses or struggling to make financial ends meet, it’s sometimes hard to keep our minds on our ultimate destiny — birth into God’s Family and co-rulership, with Jesus Christ, of the universe.
But that’s exactly what we must do — keep our minds on that great, overall goal. James wrote that Christians should focus on, and conduct their lives in expectation of, Christ’s Second Coming and the Kingdom of God:
“Be patient therefore, brethren, unto the coming of the Lord … Be ye also patient; stablish your hearts: for the coming of the Lord draweth nigh” (Jas. 5:7-8).
The most important thing on God’s mind right now is the restoration of His government to this earth and the eventual establishment of His Kingdom throughout the universe. And that has always been His goal. But consider that a thousand years to God is like a mere day (Ps. 90:4) — consider the great patience of God! We are to emulate that patience in constantly looking forward to God’s Kingdom.
“For the vision is yet for an appointed time, but at the end it shall speak, and not lie: though it tarry, wait for it; because it will surely come, it will not tarry” (Hab. 2:3).
• Think before you act. There is an old saying that “fools rush in where angels fear to tread.” A person who jumps to conclusions is likely to end up at the bottom of a cliff.
Your husband or wife made an unkind remark to you? Don’t snap back with something you’ll later be sorry you said. Rather, concentrate on glorifying God. You’re sick and tired of standing in line at a church function or at the Feast of Tabernacles? Occupy your mind with something else! Don’t dwell on your consternation about the long line, or you’ll end up saying or doing something that will set a wrong example of God’s way of life.
• Concentrate on giving. Impatience is many times rooted in selfishness.
Paul said, “Be patient toward all men” (I Thess. 5:14) — the slow bank teller, the small child who can’t understand an instruction, the rude gas station attendant, the person who drones on and on with the most boring story you ever heard. Overlook the shortcomings of others (you may have a few of your own). Forget yourself and be concerned with their welfare. “The patient in spirit is better than the proud in spirit” (Eccl. 7:8).
Sincerely love the other person and look upon him as a future God — it will drastically change your perspective.
• Talk out tensions. Does a mate, a fellow employee or a friend have an annoying habit that is about to drive you up the wall? Well, if you simply cannot overlook it any longer, tell the person about it and talk out your feelings. In almost every case, the other person will not have even realized his habit bothered you, and will make an effort to stop, if you approach him with tact, meekness and sincere concern.
Ask God to grant you favor in his eyes. Don’t let the impatience and resentment build up inside you until you explode into rage or retaliate some way — you would certainly not be setting an example of godly self-control or patience then.
• Rely on God for strength. Our Father in heaven is the very God of patience, and He can help you have a mind like His (Rom. 15:5). When you think you’re at the end of your rope — you just can’t grin and bear it any longer — ask God for more of His Holy Spirit — His strength.(Shoaf N. How to Develop Godly Patience. Good News, October-November 1981).

Patience is one of the ‘gifts of the Spirit’ (Galatians 5:22), thus with God’s help YOU CAN develop more of it.

The main news item to mention is today’s vote in the UK about whether or not it will remain in the European Union.

Ultimately, the UK will be taken over by a power based in continental Europe.

Interestingly, Poland’s Lech Walesa of ‘Solidarity’ fame and also the second post-Warsaw pact President of Poland, has called for a reorganization of Europe, with German direction, should the UK vote to leave the European Union (see A Post Brexit will have Germany lead Europe).

Before Lech Walesa’s comments, EU Commission President Donald Tusk suggested that a vote to leave could mark the start of the end of Western civilization (see Donald Tusk: Brexit could destroy Western political civilisation). Over in the USA, Federal Reserve Chair Janet Yellen voiced concerns about the effect of a ‘leave’ vote for the UK, plus she has indicated that the global economy could be negatively impacted (see Fed’s Yellen warns Brexit could hurt US economy).

The vote is significant and will have major consequences for the UK and Europe.  But it will also affect the Western Hemisphere and the rest of the world.

19 Now, therefore, you are no longer strangers and foreigners, but fellow citizens with the saints and members of the household of God, 20 having been built on the foundation of the apostles and prophets, Jesus Christ Himself being the chief cornerstone,  21 in whom the whole building, being fitted together, grows into a holy temple in the Lord, 22 in whom you also are being built together for a dwelling place of God in the Spirit. (Ephesians 2:19-22)

Brethren, when you go through various tests and trials, remember we are fellow citizens with the saints and members of the household of God! We are being built together for dwelling place of God!