We just finished the last sermon of the three-part series on the upcoming book: The MYSTERY of GOD’s PLAN Why Did God Create Anything? Why did God make you?

Since that last sermon, a little more information has been added to that book. Plus, I asked someone without a Church of God background to review it.

Because this provides feedback which helps me clarify points and potential objections so we can better reach others.

As the Apostle Paul wrote:

Anyway, after the Mystery book is reviewed and an edition finalized, the plan is to format it and print it and send it to our supporters. We also would intend to send a file to Nairobi for potentially printing and distributing it in parts of Africa.

Rift Valley and the Maasai

Greetings in the name of Jesus Christ, we are are doing good and continuing in the word of christ. last week sunday i was in Kilgoris, one of the area in Maasai land community where i was welcomed highly by one of the family by the name David Ole boi whom has been really insisting for their visit. i stayed with the family for one day and i managed to have a lengthy talk with them discussing and teaching about the gospel from the bible.,i also teach them on how continuing church of God is progressing with the word of God. The family agreed with the teachings and promised to continue with us.

However, they were suggesting for the second visit to their place and made a promise to send their representatives to Chilani upcoming Youth camp. Therefore i was planning to invite Elder David Cheruiyot from Njoro church in North Rift since the Brethrens from Kilgoris have a problem in communicating with either English and Kiswahili languange and i believe

Brother Cheruiyot is well conversant with those brethrens as he is capable of understand, communicate and also able to read their bible as we shall be using the Maasai bible.

Therefore i do believe if we get enough fare to and from Kilgoris together with brother cheruiyot then everything will be alright as we are still waiting for the family to signal us for the schedule date.

Lastly, on Monday we had a meeting together with Evangelist Ochieng where we were planning on the last arrangement for the upcoming Youth camp. we proposed as as follows;

In Bomet also we have our brother Wesly whom he is one of the brethren from Kiromwok, he is partially blind adult man. During the meeting held together with Evangelist Ochieng we involve in our discussion and suggest for the support since Wesly had a piece of land and we were planning to cultivate and even plant crops for him. Herewith with this document together is a photograph i take with him.
Another proposal made during the meeting is the construction of a church in Kabolecho, the brethrens from the area did not have a church, they only have a piece of land for the construction..they have been really seeking for the assistant for the construction of the church. currently they are experiencing lot of challenges due to heavy rainfall including even destruction of their stable foods (sweet potatoes) so much anger is likely to occur in the near future.
we therefore seek prayers as we go about everything planned.
God bless you.
Regards,
Pastor Sawek 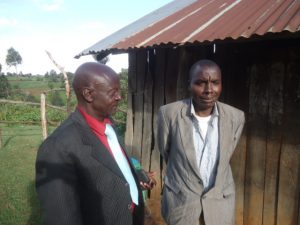 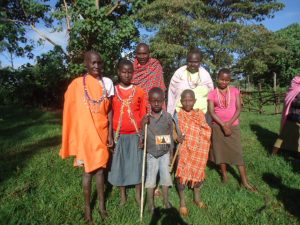 Some of the visited Maasai

There was interest in reaching the Maasai when I was last in Kenya and it is great that we are able to meet with some of them.

Kenya to Have Six Youth Camps

Greetings from Kenya
I have been in Rift valley to programme youth camps in Rift valley.  We wanted to put 4 sites in Rift valley. But we noticed that the youths from Kaplong cannot manage to travel to Bomet. We decided to add another camp in Kaplong. This is because we need all youths to get good teachings during this December.  So we shall have five sites and Ndhiwa totalling to six sites in Kenya.  After the meeting we also discussed about Kaplicho congregation where they are lacking good hall.  So I will build for them a hall in January after the youth camps.  We also discussed to assist Wesley who is blind to find how he can manage his daily living.
After ending the meeting, I traveled to Kisii to meet Isaac Ondara. I noticed that Isaac wrote to the church on behalf of his father George Ondara who is leading the congregation. So it forced me to meet both Isaac and his father George Ondara and Ezekiel Oanda. The meeting was very successful and we were very happy after a successful talks. We agreed that since they are still raw in faith and doesn’t know more about the CHURCH teachings, we decided that they will be visited 3 times a month.
I and pastor Ezekiel traveled to meet our congregation in Nyasembe where there was a confusion from some people who wanted to destroy the church. The journey itself was very tough because of much rainfall. So it forced us to travel with motorcycle where the car couldn’t move. It was a very successful trip and I thank GOD for a safe and mercies journey.  Now I’m on my way back home
This time we shall have more camp sites than before. We only being suspicious about the rainfall in Kenya. This time it rained a lot to excess. Please pray for the youth camps in Kenya to go successfully.
Evans.

We have never had this many camps for the youth.

The Country Ethiopia is now entered in cool war which leads many residents not to trust themselves.

Because our current PM Dr. Abiy  Ahmed, from the day he come on power, The Federal government members have  got a mistrust among themselves, which is going now to divide the country.

Therefore the residents of this country got a great worried so much now for the upcoming 2020 election which will be doing of that coming year.

Please try to pray again for us and for Ethiopians people to keep on peace.

Please pray for those in Ethiopia, and also for God’s kingdom to come (cf. Matthew 6:10).

Last evening, did a one hour taped radio interview with Rob McConnell of X-Zone radio. I was on his program a few times back in 2009 and 2010. It is scheduled to be on tonight.

The Book of Proverbs teaches:

16 The sluggard is wiser in his own conceit than seven men that can render a reason. (Proverbs 26:16, KJV)

Since it is often best to fight fire with water, misinformation can often be best fought with facts and proof.

Anyway, here are links to two posted articles to deal with some of the lies and misinformation recently posted at the Banned By HWA site: Let’s Deal with Some Lies from ‘Banned by HWA’ and Banned, Ambassador Watch, Living University, and my Ph.D. and Th.D.

Sunday marked the 10th anniversary of the Lisbon Treaty which essentially made the EU what it is today (see 10th Anniversary of the Lisbon Treaty). While many see a lot of good in that, others have concerns. Eventually, the Bible shows that Europe will reorganize (Revelation 17:12-13) and its military successes (cf. Daniel 11:39-43) will amaze the world (cf. Revelation 13:3-4).

The government of the UK has acknowledged that the European Union will prevent it from accessing certain military-related aspects of the EU’s Galileo satellite system (see UK denied access to military features of Galileo). Galileo is a communications’ system that the EU hopes to have live in 2020. The USA did not want the EU to develop it because of reasons of national defense, but the project continues to move forward. Technology will likely be how the future European Beast power will be able to conquer the USA (Daniel 11:39) and UK (cf. Isaiah 17:3) and cause the world to marvel (cf. Revelation 13:1-4).

Brethren, love is your purpose. Your purpose is to give love in a unique way to make eternity better for yourself and everyone else.