We hope and pray that you have been “growing in grace and knowledge.”

As usual, we have been working on matters on multiple continents.

Yesterday, I received the following from Radson Mulozowa, our host for Malawi:

I would  like to thank  Almighty  God  for what he is doing in Malawi, Mozambique and Zambia under the leadership of Dr Bob.

The work of God in both countries is growing through the great support you are giving to us both spiritually and physically.

The magazine that was translated into Chichewa language has contributed  in spreading the gospel and we are receiving many request on other magazine.The prayer book was already translated and now we are doing with the magazine  and Ambassador booklet

Thanks for the laptop that Pastor Evans brought to us ,really it is assisting us much in translation. Since we have three translator,there is  a need  to have another computer so that it can help us to speed the work of translation.

Most of our congregation are having members who are keeping sabbath under  the tree and when it is raining  they can not meet.   The following congregations are meeting  under the tree Phaloni, Gunda, Khwalivo, Nakhombe. Migowi  congregation is meeting in a classroom which became a problem to conduct leaders meeting during weekdays.  Currently we don’t have a permanent centre hall building  in Malawi because our monthly income can not afford to buy a church land which can assist us on all activities that are suppose to be done. Join us in prayer for us to  have a permanent centre hall that can assist us because whenever we want to conduct leaders meeting we are to hire a hall and its expensive looking to our monthly tithe and offering.As am reporting now the school block we are using they have increased the rental from 5 dollar to 10 dollars per month which is a great challenge to Migowi congregation. Pastor get to know that all congregation in three countries takes Migowi as their centre .

Due to the growth of the work both countries,there is a need for me to be visiting all our congregation in order to teach and encourage new brethren so that they can know and follow the real truth (Acts 2) as you know it’s a great weapon apart from prayer.

When a child is born proper care is needed, to avoid going back to the old ways. For example our brethren from Zambia and Mzuzu are calling me frequently asking me to visit them but do transportation problem am unable to visit them.To them they might think am ignoring them.

Join us in praying for brethren in Zambia as they are requesting  visitation from us . Praying for funds to travel to Zambia before Feast of Tabernacle.

We have received a visitor  from Uganda who will be in Malawi for two month . he said that he visited our website so he is interested to learn more on CCOG  teaching .I told him that we are having a congregation in Uganda and has asked me to give him address of our  the representative. His name is Godfrey Hatejeka.

We have lost sister  ANDA NYATU from Sunuzi congregation and I went there  for a funeral ceremony with  brother Jones Wasi of Migowi ccog.

Malawi is one of the poorest nations on earth. The needs are great but so is the potential harvest.

Literature to Canada and Serbia

We sent literature to our hosts in Canada and Serbia so that they would have more of it available during the Feast of Tabernacles.

Because of import rules in Serbia, we have to be careful to only send a small amount of literature at a time (as we learned when we sent hymnals there earlier this year).

Alexandria: Museum of the Bible Activity 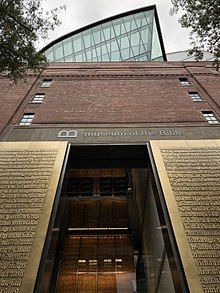 We have planned to suggest a group activity after services on September 28, 2018 during the Feast of Tabernacles. And that is to go to the relatively new place called the Museum of the Bible.

While we were told it was free to attend, they ask for a ‘donation’ of $19.95 each for adults and $9.95 for younger children. As it turns out, they have a group discount if enough want to attend.

If you want to go to at the reduced rate, you need to send me an email with the number of adult and child tickets you want as we must pay weeks in advance in order to get the discount. If you want the discount, you need to email me by the end of August 2018. My email address remains cogwriter@aol.com

On other Alexandria Feast site matters, I have asked Jay Chiang to contact those who we expect will be providing sermonettes, offertories, and song leading at this site.

Ended up with a last minute radio interview with Dr. Bill Deagle on Friday, August 9th starting at 2:06 pm PDT on the Republic Broadcasting Network. We discussed the California wildfires, the ‘wrath of God, weather, and the BNP video from last year titled Fires and the Wrath of God.

Radio is one of the many means we use to reach people.

US sanctions and tariffs are upsetting many around the world. Russia (see ‘Russia reels, denounces new U.S. sanctions as illegal, unfriendly’ Could this affect the USA dollar?) and Turkey (see ‘New US Sanctions Would Be Declaration Of Economic War’ ‘Somebody must find a solution and say ‘stop’ to the United States’) have been perhaps the most vocal about them in the past week. One of the “unintended consequences” of these policies seems to be to drive nations to look for a replacement for the US dollar in international trade (see ‘Russia says dollar’s days numbered as global trade currency’). Ultimately, that will not end well for the USA.

The USA and China have had some clashes in the area known as the South China Sea. Some have wondered how Australia will end up (see US & China Confront in South China Sea: What will happen to Asia and Australia?). Well, after the USA is taken over (cf. Daniel 11:39), Australia will find itself without massive military support and will itself also be taken over.

The Roman Catholic Church in the USA has made the news because of its policies essentially related to trying to cover-up some of its pedophile and other sex scandals (see Church of Rome manual on how to cover-up pedophilia issues revealed). While these scandals have further tarnished the image of the Church of Seven Hills, it will, for a time, be connected with the Beast of the Sea power that will arise in Europe (Revelation 13 & 17), though that will not last (see Revelation 17:16-18).

The Apostle Paul was inspired to write the following:

11 This is a faithful saying:

For if we died with Him,
We shall also live with Him.
12 If we endure,
We shall also reign with Him.
If we deny Him,
He also will deny us.
13 If we are faithless,
He remains faithful;
He cannot deny Himself. (2 Timothy 2:11-13)

Brethren, if we endure, we will reign with Him. Since He is faithful and cannot deny Himself, this is a GUARANTEE!